Blue Sky Network offers a variety of real-time aircraft tracking devices to help you meet the International Civil Aviation Organization’s (ICAO) Global Aeronautical Distress and Safety System (GADSS) requirements. Pair this with 100 percent global coverage, satellite voice, and two-way messaging for a complete solution that will improve the safety and reliability of your operations.

Customize the frequency of your aircraft’s positional reporting from the required 15-minute minimum, for normal tracking, to a minute, for tracking in distressed conditions. 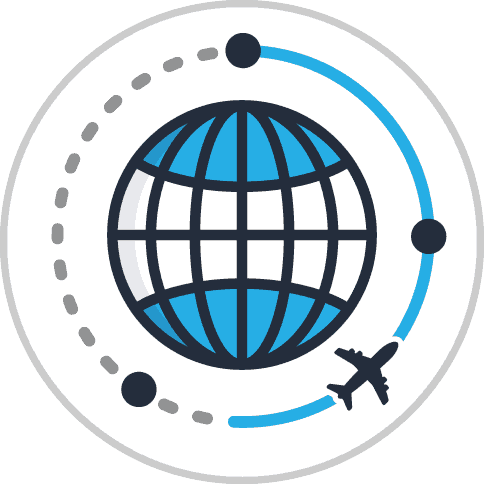 With SkyRouter’s 99.99 percent uptime, true global coverage, and 24/7 technical support, you can count on us to help your operations run smooth.

With SkyRouter, the industry-leading asset tracking and communications platform, you get real-time insight and instant communication with your fleet—from anywhere in the world.

What is the ICAO-GADSS initiative?

The International Civil Aviation Organization’s (ICAO) Global Aeronautical Distress & Safety System (GADSS) initiative is a recommended concept of operations that establishes a clear definition of the objectives of aircraft tracking and ensures information is relayed in a timely manner to the right people to support search and rescue efforts, recovery and accident investigation activities, and defines the roles and responsibilities of all commercial aviation stakeholders. GADS has been designed as an industry-lead initiative, seeing as this was the most streamlined and adaptable way to achieve implementation. For more information on the GADSS concept of operations, see our white paper on the global flight tracking initiative.

How do I comply with the aircraft tracking requirements?

In order to comply with the aircraft tracking requirements, an operator should:

What does it involve?

When does the regulation take effect?

The International Civil Aviation Organization’s (ICAO) Global Aeronautical Distress and Safety System’s (GADSS) Amendment 39 to Annex 6 of its normal aircraft tracking standards and recommended practices became applicable Nov. 8, 2018. This amendment requires operators to track aircraft operating under normal conditions every 15 minutes with an optional abnormal-event tracking capabilities. These are the first two phases in the ICAO-GADSS recommendations. Beginning Jan. 1, 2021, the subsequent guidelines take effect. These include a recommendation for new airframes to be equipped with the ability to produce position reports once a minute when under abnormal flight conditions, independent of aircraft power. This requirement must be able to be activated remotely as well. Other 2021 requirements call for new aircraft type designs to have accessible and timely flight data recovery, whether in the form of automatic deployable flight recorders or flight data streaming.

What type of aircraft are affected?

Learn more about how our industry-leading solutions can help your flight operations meet GADSS requirements.