Iridium Communications Inc. (NASDAQ: IRDM) has approved the first 10 beta partners that are developing new products based on the Iridium Certus 9770 transceiver. 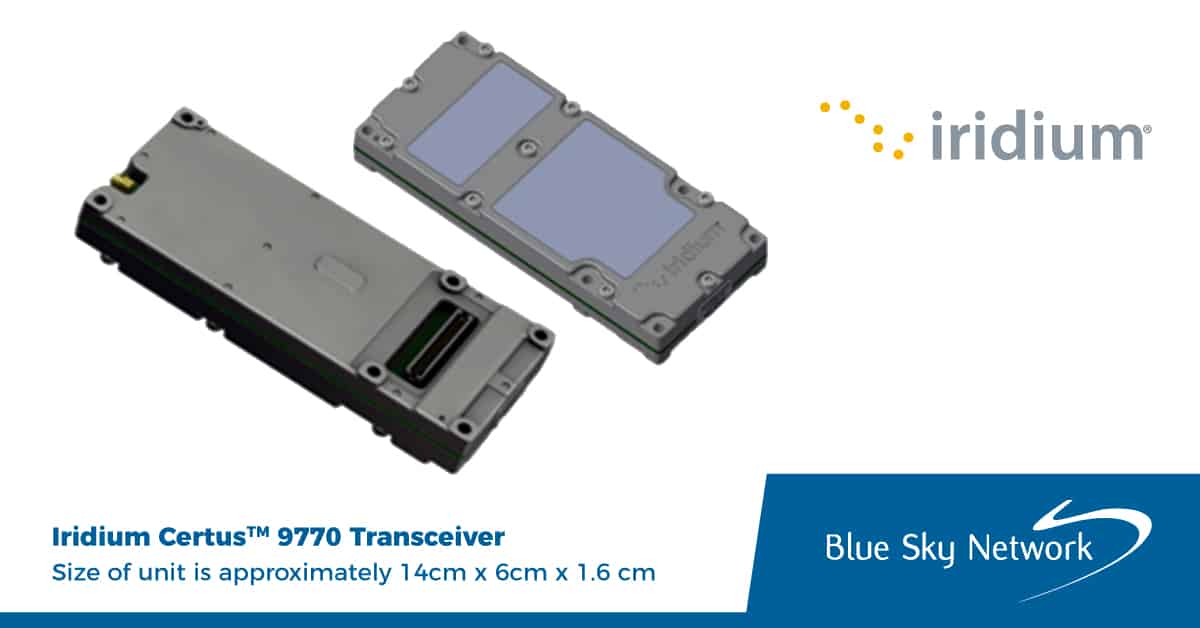 Each partner has received operational beta units, which have been undergoing extensive testing designed to fine-tune both the new transceiver and the first new solutions they will enable in preparation for service activation. Small and highly mobile, the Iridium Certus 9770 transfers IP data over 35 times faster than its predecessors while also supporting high-quality voice connections.

This new midband device, with L-band speeds ranging from 22 to 88 Kbps,. will expand the reach of satellite services to new markets, ranging from unmanned and autonomous drones to new personal communicators and remotely deployed IoT devices, all connected through Iridium’s unique L-band network. (Note: Iridium defines “midband” as speeds ranging between 22 and 176 Kbps, to differentiate this speed range from the company’s traditional 2.4 Kbps “narrowband” speed and Iridium Certus specialty broadband at 176 Kbps and higher. The Iridium Certus 9770 transceiver is designed for speeds ranging from 22 to 88 Kbps.)

Blue Sky Network is one of 10 companies currently testing a new generation of small-form factor satellite-enabled devices for maritime, aviation, land-mobile, Internet of Things (IoT) and government applications.  Upon completion of testing, the Iridium Certus 9770 transceiver will be made available to additional Iridium licensed technology and distribution partners, expected in the first quarter of 2020.

UAVs and satellite IoT are two market examples that are expected to see significant growth over the next few years, further emphasizing the need for the remote capabilities these devices will enable.  According to MarketsandMarkets™, the UAV market is expected to reach $52 billion in value by 2025 from $17 billion in 2017, while Northern Sky Research reports satellite-enabled IoT solutions total industry revenues are expected to grow to $2.5 billion by 2027, from approximately $1 billion in 2019.

Matt Desch, the CEO of Iridium, said this new breed of device is the start of a shift in what defines small-form-factor satellite communications technology. These are highly mobile, lower-cost solutions that feature native IP technology at speeds capable of delivering a true internet, email, high-quality voice, photo and even some video capabilities. When you combine that with the company’s truly global coverage, Iridium is creating a cost-effective and reliable ecosystem of new products in a new L-band speed class, midband, that is unlike anything that exists from the satellite community today.

For more information, press only: